— The case of Adama Traoré has striking parallels with that of George Floyd. Both were black men whose interactions with police led to their deaths. Both struggled to breathe in their final moments.
Their deaths have become rallying points in their countries for protests against police brutality.
Traoré died on his 24th birthday nearly four years ago in the suburbs of Paris, after he was taken into police custody for fleeing an identity check.
His sister, Assa Traoré, says police told her his final words were “I can’t breathe.”
“They died in the exact same way. They carried the weight of … three cops on them. They had the same words,” she told CNN.
“And that was the end for George Floyd. That was also the end for Adama Traoré.”

As demonstrations over police violence and systemic racism rage across the United States, solidarity protests around the world have become a springboard for activists and families to address racial injustices in their own countries. From London to Sydney, anger has been boiling over, with protesters decrying Floyd’s death and demanding equality.
This week, thousands of people took to the streets of Paris to mourn Floyd and demand justice for Traoré, in defiance of a French ban on large public gatherings put in place to limit the spread of the coronavirus.

“My brother died because he was black. My brother died because he was from a disadvantaged area,” Assa Traoré told CNN ahead of Tuesday’s march, which she organized.
“Would the body of a white man have received the weight of three policemen? Would the body of a white man have passed a hospital without stopping?” she asked. “I answer, no.”
French police did not respond to CNN’s request for comment. But a new judge-mandated medical report has exonerated the officers who pinned Traoré to the ground, instead attributing his death to pre-existing health conditions that his family says he didn’t have.
The report conflicts with a 2018 medical assessment, requested by the family and carried out by four doctors, which found that Traoré likely died of positional asphyxia induced by the gendarmes’ restraint method.
A lawyer for the officers said they should now be cleared. “There is no link between the death of Adama Traoré and the apprehension techniques used by the policemen,” Rodolphe Bosselut, told CNN. “The Floyd case has absolutely nothing to do with the case of Adama Traoré.”
He disputed the findings of the 2018 assessment and denied that racism played a part in Traoré’s detention.

French law forbids statistics to be collected by race, ethnicity or religion in a bid to treat all citizens the same, according to Marie-France Malonga, a French sociologist who specializes in the representation of ethnic minorities. The resulting data deficit means inequities are difficult to uncover.
Malonga said the lack of official data only helped to “slow down the fight against racial discrimination.” She said statistics were needed, to help close the gaps.
Instead, organizations such as Amnesty International rely on other evidence, often anecdotal, which they then have to cross reference with other sources, to track identity checks and police violence, said Cécile Coudriou, who is the President of the French branch of the human rights group.
“The outrage, the anger and sometimes violence,” of protesters “is then fueled by systematic rejection of any allegation,” by French authorities, Coudriou said. The more they refuse to talk about police violence, “the worse it gets,” because people lose confidence in the people meant to protect them, she said.

The death of George Floyd has also resonated in the UK, where thousands protested in central London on Sunday and again on Wednesday, holding Black Lives Matter signs and denouncing the dehumanization of black people in the US and the UK.
“One thing people often miss when we see George Floyd being killed is we [black people] don’t see it as something distant,” Kehinde Andrews, professor of Black Studies at the UK’s Birmingham City University, told CNN.
For the black community and minorities living in Europe’s major cities, Floyd is not just an arbitrary figure, Andrews said. Instead, he could “be my dad or my brother … so for us it ain’t something that happened in America — that’s something that could happen to us here.”
Britain is no stranger to ​allegations of systemic racism in policing — a 1999 government-mandated inquiry into the botched investigation of the murder of black teenager Stephen Lawrence, who was killed in a racist attack by white youths in 1993, found that London’s Metropolitan Police was “institutionally racist.” 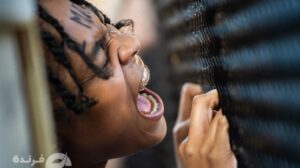 George Floyd death: Widespread unrest as curfews defied across US

We use cookies on our website to give you the most relevant experience by remembering your preferences and repeat visits. By clicking “Accept”, you consent to the use of ALL the cookies.
Cookie settingsACCEPT
Manage consent

Any cookies that may not be particularly necessary for the website to function and is used specifically to collect user personal data via analytics, ads, other embedded contents are termed as non-necessary cookies. It is mandatory to procure user consent prior to running these cookies on your website.