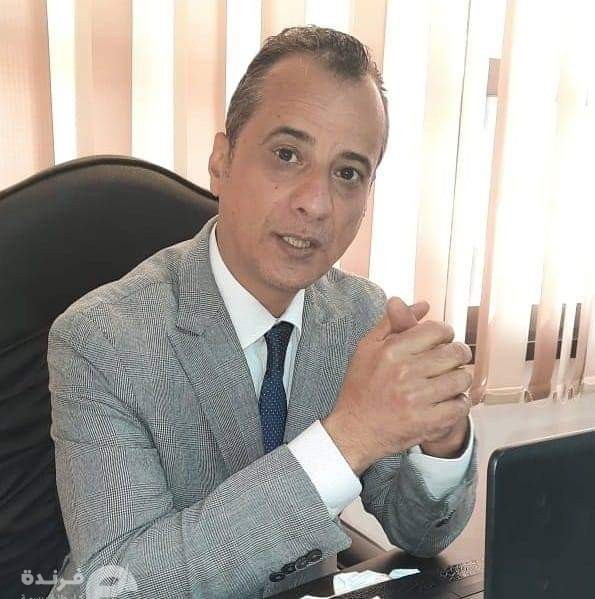 Today, Wednesday, October 13, 2021, the Research and Studies Unit at the Forum for Development and Human Rights Dialogue (FDHRD) issued a report entitled: (Obstetric Violence in Armed Conflict Areas).
The report emphasized that Obstetric violence is one of the forms of violations of women’s rights, as pregnant women sometimes suffer during the childbirth process from harmful behaviors that are clear violation of their health rights, which may exacerbate and expose them to death, that is, the right to life. This violence has many forms that differ according to the situations and people involved in dealing with the situation. Doctors describe it as widespread worldwide, and its features have emerged in the last decade and in places of armed conflict it has more extreme manifestations.

The report discussed a number of themes, the most important of which are:
1- The Nature and Forms of Obstetric Violence
Obstetric violence is defined as the physical, sexual, or verbal abuse, bullying, coercion, humiliation or abuse of people during travail and childbirth by medical staff, including nurses and doctors. In short, obstetric violence is what a woman is subjected to abuse or lack of respect for her rights during travail and childbirth, including being forced to take action against her will at the hands of medical personnel.

In the 1950s, a report in the US Ladies’ Home Journal revealed that the use of forced medical procedures during childbirth has a long history and the examples are too extreme by exposing the inhuman treatment suffered by women in maternity wards across the country.
Obstetric violence is divided into a number of categories, namely:
Verbal humiliation, physical violence and abusive practices, neglect and disregard for women’s pain and needs, violation of privacy and confidentiality, exposure to discrimination, failure to adhere to professional standards while providing health care, use of unnecessary medical treatments or medical interventions without justification, denial of treatment, detention.
Some medical reports in this regard indicate that the women most exposed to violence during childbirth are AIDS patients, and that these forms of violence cause a feeling of betrayal, psychological incompetence, lack of confidence and their abstention from any medical care before the birth process, in addition to their feeling of phobia of childbirth, and hastening Depression that occurs after pregnancy.
Despite all the successive developments in the medical field from highly accurate devices to measure fetal vital signs and effective drugs with high rates to relieve obstetric pain, childbirth violence still continues in various forms in public or private hospitals.
Caesarean delivery is considered one of the most prevalent forms of obstetric violence.

According to various studies published in the medical journal “The Lancet” about cesarean delivery, it has indicated that it is 3 times more than its average, and it is exposed to death by 60% and in other times 70%. It can also lead to a woman’s risk of life-threatening complications during childbirth, such as bleeding, uterine rupture, hysterectomy and cardiac arrest by about 5 times, and this risk increases more in subsequent births. It should be resorted to as a last option, not the first.
It should be noted that images of violence during childbirth prevail in Latin American countries, especially in Brazil, where the Perseu Abramo Foundation conducted a survey study on a sample of women who underwent childbirth, and it was found that one out of every four women suffers from forms of aggression during childbirth, and 80% is considered of them, they underwent a cesarean delivery, and 53.5% of the episiotomy.
Two studies of obstetric violence in Venezuela and Nigeria also showed a prevalence of 79.5% to 98% with procedures performed without consent as the most common form of abuse and nurses being the main perpetrators.
2- The Fact of Obstetric Violence in Armed Conflict Areas
The report stated that armed conflict has multiple effects on the military and civilian populations alike, and the effects of armed conflict may differ from one place to another, including the mechanisms/channels through which the conflict may lead to poor access and quality of health services. Armed conflicts can also destroy local infrastructure, food and water supplies, and sanitation systems, making it increasingly difficult to access public health care and antenatal care in particular for pregnant women.

If violence at birth is spreading in light of medical and scientific progress, all its forms are prevalent in conflicts and armed conflicts in an extreme, where exposure to beatings, sexual harassment, prevention of painkillers and tie in the beds, failure to follow health safety, and viewing them as a mark of shame and slaves, especially pregnant women.
Moreover, realistic estimates indicate that the war caused the death of many pregnant women, about 140,000 each year. South Sudan is among the countries with the highest rates, with more than two thousand women dying for every 100,000 live childbirths.
The report notes that one out of every four women in Colombia who experienced violence during childbirth is a woman who was subjected to it in the Colombian armed conflict that ended in 2016. These women, especially ex-combatants and female recruits, face legal obstacles to compensation.
In a UNICEF report issued in 2015, it was found that a child is born every two seconds in areas of armed conflict, most notably in Iraq, Yemen, Syria, Sudan, Afghanistan and the Central African Republic. This indicates the lack of health care and rights that women obtain at childbirth in light of environmental and climatic changes and the lack of food and water.

3- Obstetrical violence and international organizations
Criminalizing obstetric violence in situations of war and armed conflict is implicit in international humanitarian law in the Fourth Geneva Convention that Article 3 (1) provides. States must also pay attention to women’s health care, as stipulated in Article (12) of the Convention on the Elimination of All Forms of Discrimination against Women.
With regard to the World Health Organization, we find that it defines violence during childbirth as: “the appropriation of a woman’s body by health workers, in the form of inhumane treatment, and an arbitrary medicalization, as well as the pathologicalization of natural processes, including women’s loss of independence and ability to She freely makes her own decisions about her own body and sexuality, which has negative consequences for a woman’s quality of life.”
A study between the World Health Organization, UNICEF and a number of international organizations showed that about 42% of women were subjected to obstetric violence in various forms, such as physical or verbal abuse or discrimination during childbirth in health centers, with some of them being punched, slapped, shouted in the face, mocked or pressured. them by force.
In the same context, Šimonović, the Special Rapporteur on violence against women, addressed in a report submitted to the General Assembly in 2019, stating that: “Abuse and violence against women during childbirth are widespread and systematic human rights violations that continue to harm the lives of women around the world and must be stopped.” She called on states to take responsibility for holding health institutions accountable and to stop these violations that occur to women during childbirth.
Regarding obstetric violence in armed conflict areas, Babatunde Osotimehin, Executive Director of the United Nations Population Fund (UNFPA), said in 2016, “Although these scenarios are typical of the difficulties women face in conflict or disaster areas, very little is being done to meet their needs other than providing them with basic humanitarian assistance.” The Secretary of the UNFPA said he is seeking $107 million to meet the needs of women and girls affected by the war in Syria.
In war-torn Yemen, MSF observed that pregnant women were seeking refuge in caves to give birth rather than risk going to hospital.
Finally, disrespect and abuse during childbirth is a well-documented phenomenon that is directly linked to power relations and broader contexts of instability in families, communities, and nations. The definition of birth violence as a subset of gender-based violence highlights that it is also a form of structural violence, and thus needs to be addressed systematically.
The report showed that if more families did not speak out about the abuse and harm that occurs in the maternity care environment, the environment would not change and providers and staff would continue to practice in the same ways. The report recommended to eliminate the phenomenon of violence at birth requires the contribution of international and local bodies in all countries of the world with efforts and technical, psychological and material support. 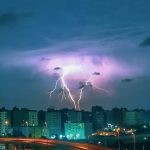